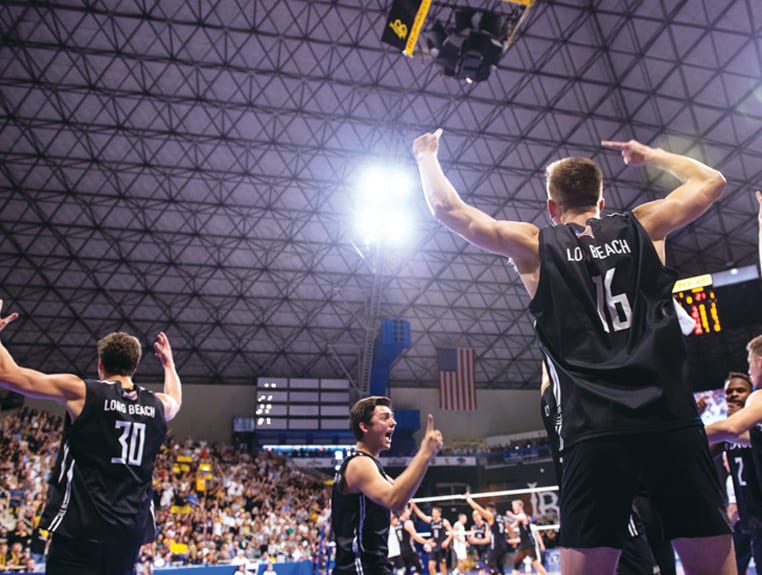 The Long Beach State men’s volleyball team added its third national title in 2019 with a four-set victory against Hawai’i in the NCAA Division I title match at Walter Pyramid. The No. 1-ranked Beach finished with an overall record of 28-1, which included a program-record 24-match winning streak and a 15-0 Big West Conference mark.

The Dirtbags baseball team has played in four College World Series, the women’s basketball team has reached the NCAA Final Four twice and the men’s basketball team has competed in nine NCAA Tournaments, while softball has appeared in five College Softball World Series. More than 100 of the school's athletes have competed for various countries in the Olympics, with the promise of additional Beach athletes in the 2020 Tokyo Games. Women’s track coach LaTanya Sheffield has been selected to coach the women’s sprints and hurdles for Team USA for a second consecutive Olympic Games.

More Beach athletes also have excelled at the professional level, predominantly in baseball, with 51 former players having dotted major-league rosters. In eight of the last nine seasons, Long Beach has had more players in the majors than any other college or university. Among the current MLB players are Troy Tulowitzki, Marco Estrada, Evan Longoria and Matt Duffy. Several Beach athletes have competed in the National Basketball Association, National Football League, Association of Volleyball Professionals, women’s basketball and Professional Golf Association.

A HISTORY OF EXCELLENCE