True to our heritage, N.C. A&T is home to the largest agricultural college among historically black colleges and universities and is the nation’s second largest producer of minority agricultural graduates.

In 2019, N.C. A&T and UNCG have been awarded a twoyear National Science Foundation grant to build a high-speed research data network connecting the two largest universities in the Triad with each other and enable faster, easier sharing of research with scientists around the world.

N.C. A&T is proud of its nearly 57,000+ alumni of record, with a vast majority occupying prominent leadership positions around the world. These alumni spread the Aggie tradition throughout the nation, continuing to strive for excellence and to make their mark in society.

Dr. Shengmin Sang, a professor and lead scientist for functional foods in the College of Agriculture and Environmental Sciences, and N.C. A&T’s Center for Excellence in Post-Harvest Technologies developed, patented and licensed a new aspirin-based compound for potential cancer treatment. 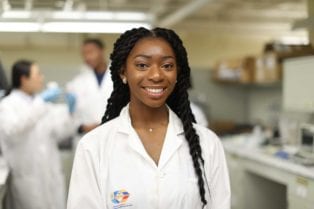 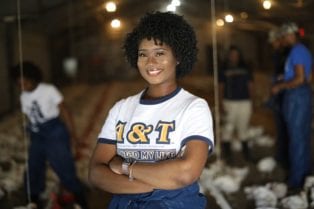