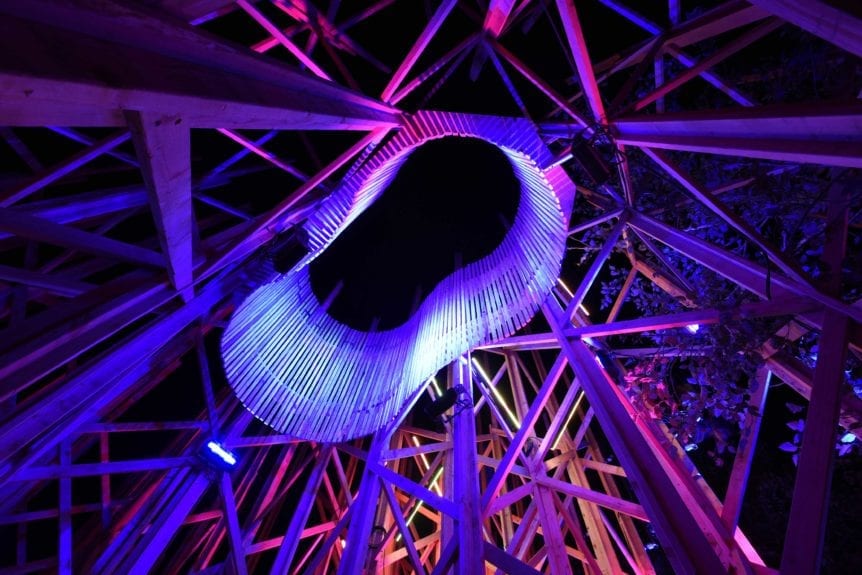 On campus, Lincoln Hall is Portland State’s goto performance space. We host concerts and a variety of artistic productions featuring student and faculty artists and performers from around the world.

The PSU Park Blocks and Parkway North plays host to PSU’s Live @ Lunch concert series. The concert series is put on by Portland State Professional Sound, a student-run organization “dedicated to bringing music to campus and making sure it sounds as good as possible.”

The biggest names take the stage at the Moda Center, in the Rose Quarter, which is also home to the Portland Trail Blazers and Winterhawks. Artists like Lizzo, Troye Sivan and Lana Del Ray all featured Portland in their world tours.

Mark your calendar for Pickathon, an annual three-day folk and indie music festival, held every August just outside the city.

PSU’s School of Architecture students are one of the groups tasked with creating a Pickathon stage from local materials each year. They designed and built the Treeline Stage (see images above). The wood used from the Treeline Stage is repurposed and used for building sleeping pods. The sleeping pod project is a city-wide initiative aimed at helping improve the housing crisis in Oregon.

Photo at top: The treeline stage at night. Designed and built by PSU School of Architecture students. Photo by Mark Stein