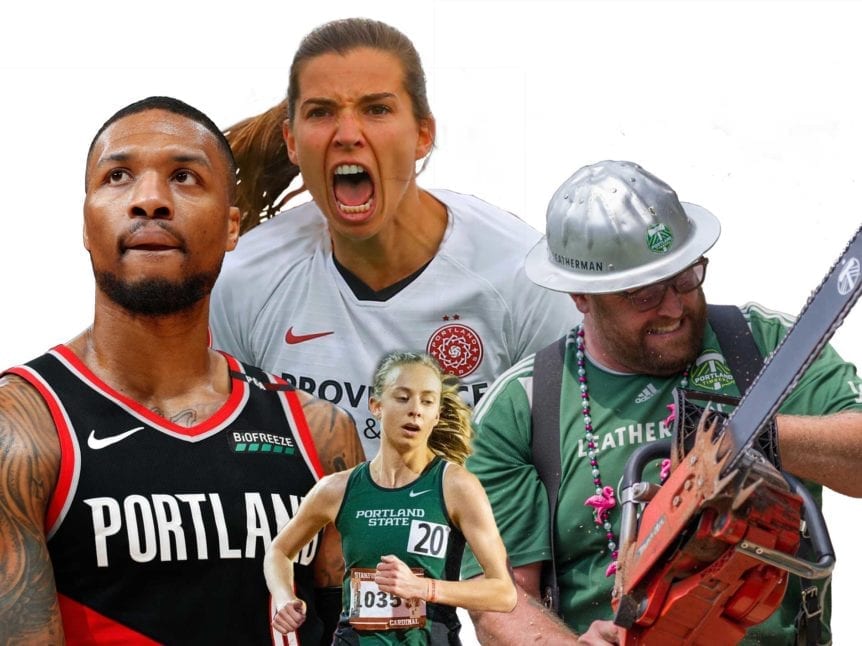 Portland is home to some of the best teams in the country and arguably the most energetic and spirited fans in the world. In 2019, Damian Lillard led the Trail Blazers to the semifinals of the NBA playoffs, continuing their reign as a formidable opponent and three-point juggernaut. The Trail Blazers play at Moda Center, a short MAX ride from the PSU Campus. PSU students can get access to discounted tickets for games.

The United States Women’s National Soccer team won the World Cup in the summer of 2019, and they couldn’t have done it without Portland Thorns’ Adrianna Franch, Tobin Heath, Lindsey Horan and Emily Sonnett. As they continue to set attendance records, the two-time North American Soccer League Champions are one of the most exciting teams to watch. The Portland Timbers won the MLS title in 2015 and continue to give Timber Joey (the team’s mascot) work to do. When the Timbers score, Joey uses a chainsaw to cut from the victory log much to the delight of the thousands of voices in the stands. The Thorns and Timbers play at Providence Park in Goose Hollow, walking distance from campus.

The Portland State Vikings have 15 Division I sports teams and a sparkling new arena situated along the PSU Park Blocks. Our athletics program brings in students from around the world, and it’s no surprise, with teams like our women’s basketball players, who made it to the NCAA Basketball Tournament in 2019.

Portland is also home to the Winterhawks, a minor league hockey team. They play at Moda Center and next door at the Memorial Coliseum. If America’s pasttime is your pasttime, then take the MAX to the suburbs to watch the Hillsboro Hops—the minor league farm team for the Arizona Diamondbacks. You can also make your way to the Lents neighborhood and catch the Portland Pickles baseball game, while you sit on the grass and enjoy a hot dog.