C. Vivian Stringer continues to be a pioneer, visionary and leader approaching her fifth decade of success on the hardwood, a legacy cemented in the Naismith Memorial Basketball Hall of Fame in 2009 alongside fellow greats Michael Jordan, David Robinson, John Stockton and Jerry Sloan. Stringer made history in 2018 as she eclipsed the monumental 1,000 career victory milestone, one of five NCAA Division I women’s basketball coaches to reach the elite plateau.

With 49 seasons on the sidelines, Stringer became the first coach in NCAA basketball history to take three different schools to the Final Four, including Rutgers’ two trips in 2000 and 2007. The Edenborn, Pa. native has compiled an overall record of 1041-421, which ranks fifth all-time among NCAA women’s basketball coaching victories.

For more on C. Vivian Stringer, a three-time National Coach of the Year and member of 11 different Halls of Fame, visit ScarletKnights.com/CVS. 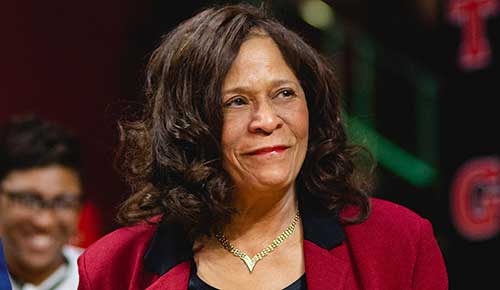 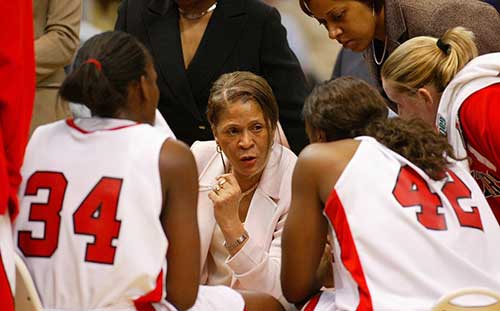