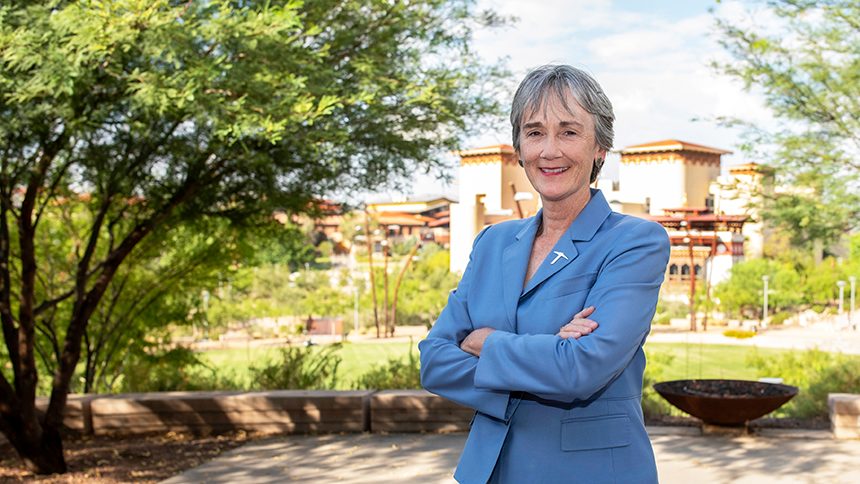 Heather Wilson became President of The University of Texas at El Paso at the start of the 2019-20 academic year. She arrived at a campus that is in the top 5% of public research universities in the United States and has achieved this distinction while being a national model for accessible higher education in the fourth largest manufacturing region in North America. President Wilson believes UTEP is a model for the 21st century public university that advances discovery of public value, provides broad access to students from all backgrounds, and has a positive social and economic impact on the region it serves.

President Wilson came to UTEP after serving as Secretary of the United States Air Force. She is the former president of the South Dakota School of Mines & Technology, an engineering and science research university in Rapid City, South Dakota, and represented New Mexico in the United States Congress for 10 years. Wilson also has worked in the private sector, serving as a senior adviser to defense and scientific industry and as president of Keystone International, a company she founded that conducted business development and program planning work.

The granddaughter of immigrants, President Wilson was the first person in her family to go to college. She graduated from the U.S. Air Force Academy in the third class to admit women and earned her master’s and doctoral degrees in international relations from Oxford University in England as a Rhodes Scholar.