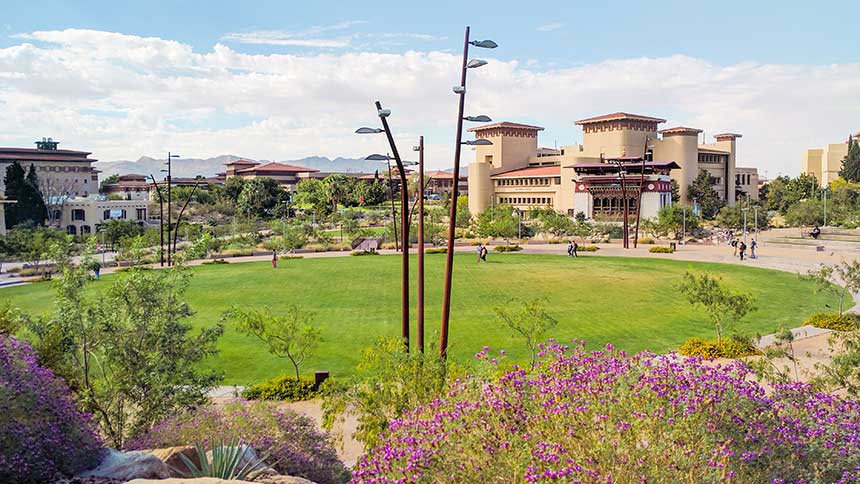 UTEP celebrated its Centennial in 2014. Throughout the course of the past century, nearly everything about the institution has changed. It moved once, changed names four times, grew from enrolling 27 to more than 25,000 students, and expanded its mission to embrace both educational access and academic excellence.

Even in the midst of such profound transformations, many things have remained the same. The institution has always been shaped by its geographic location, by wider political and cultural contexts, and by the needs of the residents of the El Paso region.

The State School of Mines and Metallurgy opened in September 1914 because city leaders shared a vision for higher education. They convinced state leaders of the need for a mining school and came up with the $50,000 earnest money ($1.2 million in today’s dollars) to get the idea approved.

One of the most important decisions in the University’s history was made by its first leader, Steve Worrell, who took his wife’s suggestion and requested that the buildings emulate the architecture found in the Himalayan Kingdom of Bhutan. Kathleen Worrell had noted the beauty of Bhutanese architecture with its massive, sloping walls and deep, inset windows in an April 1914 issue of National Geographic Magazine. Almost every campus building has since followed that design.

The demand from the community for more liberal arts classes led to a merger with the El Paso junior college in 1927. New Deal money was used during the Great Depression to help expand what was becoming a regional college campus. To better reflect its role, the school changed its name in 1949 to Texas Western College.

By 1985, the student population at what became The University of Texas at El Paso in 1967 began to shift to better reflect the region’s predominantly Hispanic population. Today, 81% of the University’s 25,177 students are Hispanic and 84% come from El Paso County.