A radical history
of the UW

By Mayowa Aina
wǝɫǝbʔaltxʷ, also known as the Intellectual House, provides a space for American Indian and Alaska Native students to gather.

Learn more about the university’s past and the legacy of student activism and political engagement on the UW campus.

The Women’s Building opened in 1909, originally as part of the Alaska-Yukon-Pacific Exposition to display women’s art and host visiting women. Subsequently, the building served as a center for women on campus and throughout the community until 1916, when it was used to support the war effort and then for storage.

The building was forgotten for decades until a new feminist movement sparked its rediscovery. Women reclaimed the building in the early 1980s and named it Cunningham Hall after Imogen Cunningham (1883-1976), a pioneering artistic portrait photographer and a UW chemistry graduate.

Today, Cunningham Hall houses the Women’s Information Center, which serves women both on campus and in the community, and the Northwest Center for Research on Women.

Since its founding in 1861, the UW has occupied Duwamish lands, and the Duwamish Tribe continues its struggle for federal recognition. In support of this struggle, Native American students, faculty, staff, and community members conceptualized and proposed a project in the 1970s to build a structure on campus to provide space for Native people. This project became the Intellectual House.

wǝɫǝbʔaltxʷ – Intellectual House supports Native students’ ability to remain involved in their home tribes and communities through its social and academic programs and its symbolic design. The space invites tribal elders and community members to gather together for dialogue, storytelling, and the sharing of knowledge with our students. The building officially opened March 12, 2015.

In 1969, Students for a Democratic Society were leading the anti-Vietnam War protests around campus, particularly targeting recruiters. During one of these protests, as thousands of students approached Loew Hall to confront recruiters from the Navy, a pickup truck full of bee hives pulled up. Someone in a beekeeper suit began tipping the hives over, and the bees began to swarm and sting the packed crowd of protesters. Despite this, students successfully took over and held Loew Hall, preventing any recruiting that day.

‘Blocked Out’ — This memorial was conceptualized and built by two students, Sumona Das Gupta and Jaebadiah Gardner. In 2003, the two got the idea for this monument after organizing a reaction to the commission of a statue honoring football coach Jim Owens, whose racist treatment of Black football players had been overlooked in lieu of his winning record. After a two-year effort to bring attention to the issue, the students earned an $80,000 grant by the Washington State Arts Commission and created a class dedicated to designing and erecting “Blocked Out.”

As the only monument to diversity on the UW campus, “Blocked Out” symbolizes the critical role of inclusivity, diversity, and intersectionality at the university.

The Black Student Union (BSU) was formed in the spring of 1968 to address the needs of Black students on campus, including increased recruitment, retention, and financial support for students of color; increased recruitment and hiring of faculty and staff of color; the development of a Black Studies curriculum; and the combating of issues of racism in housing, the Greek community, and athletics.

After months of trying to push the administration forward on those issues with no progress, the BSU decided on a direct action and occupied the university president’s office. UW police attempted to cut off supplies to the occupiers during the demonstration, so students used ropes to scale the side of Gerberding Hall to bring in more protesters and supplies to maintain the occupation. Nearly 150 students occupied the president’s office. With negotiation from some faculty, the sit-in ended after three hours with the list of demands signed by the university president at the time, Charles Odegaard. In a year, African-American enrollment increased by 310 percent, Native American enrollment increased from 25 to 100 students, and Latinx enrollment increased from 10 to 90 students. The demands led to the creation of the American Ethnic Studies department, the Office of Minority Affairs & Diversity, the Ethnic Cultural Center, and the Instructional Center.

The IC, a comprehensive academic support center, and the ECT were created in response to the list of demands presented by the BSU in 1968. The IC promotes the academic achievement, retention, and successful graduation of underrepresented, low-income, and firstgeneration college students. The center offers both academic support and mentorship with dedicated tutoring services in some of the UW’s most competitive and rigorous subjects, including biology, chemistry, economics and accounting, math and statistics, physics and engineering, and writing.

The ECC first opened its doors in 1972 as part of the initial list of demands made by the BSU in 1968. The building was established to be a social space where students of color could speak openly and connect with each other. Since then the building has undergone two different remodels and is currently the largest building and program of its kind in the nation.

The 26,000-square-foot facility includes study and meeting spaces, a computer lab, conference rooms, a dance studio, a social justice library, a wellness room, and a Leadership without Borders center. The ECC supports nearly 300 affiliated student organizations and clubs, and it has been called a “home away from home” by students of all backgrounds.

Radical history continues to be made today

In the spirit of activism and organizing, students continue to push for change at the UW today. The development of the Race & Equity Initiative at the UW came out of a massive student walkout held on campus in 2015. The initiative, started by UW President Ana Mari Cauce, centers student input and voices and touches every part of campus. For many students, college is the first time where they are moved and inspired to act in support of issues that are important to them. Being politically involved gives students experiences that impact them for a lifetime and introduces them to what it’s like to be an active and engaged member of a community.

Learn more about the university’s past and the legacy of student activism and political engagement on the UW campus. 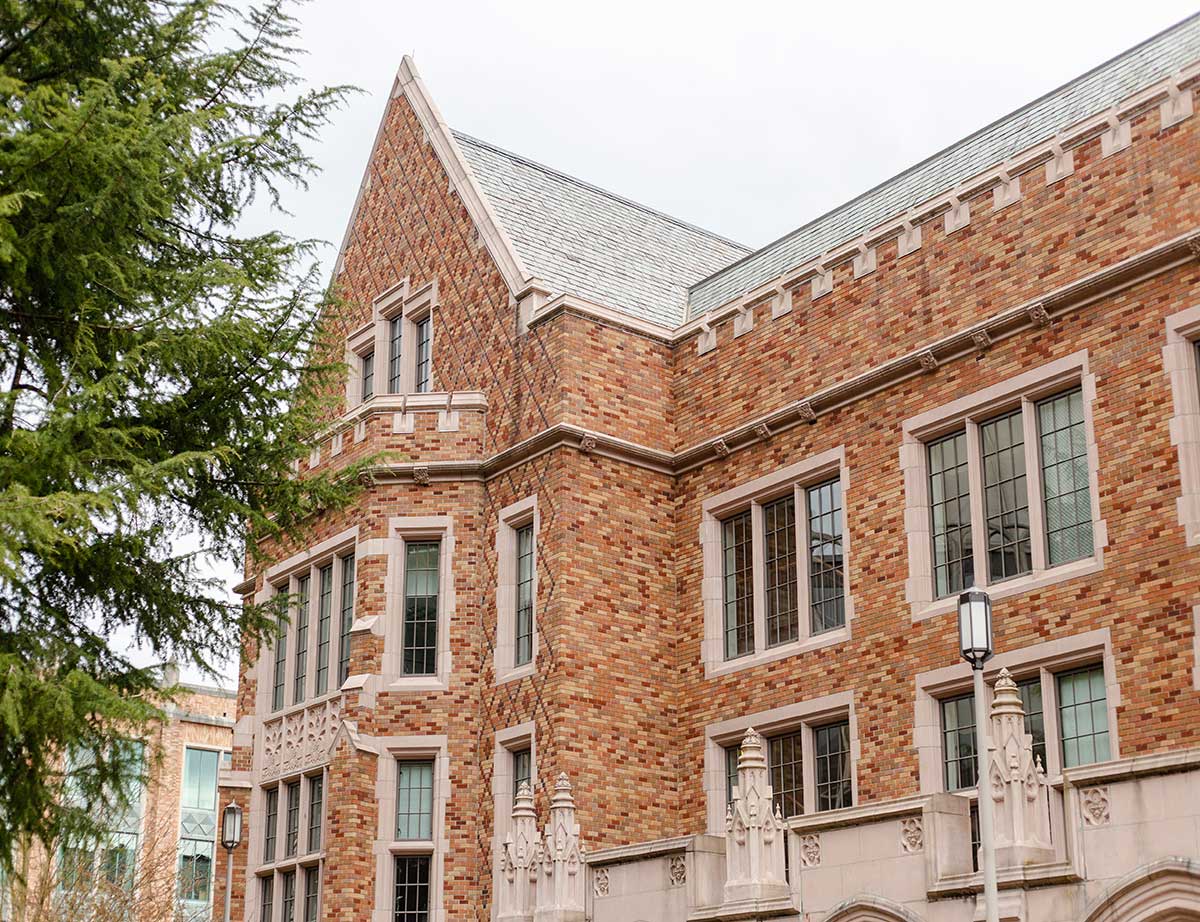