The historic center of campus life

Memorial Union | 2501 SW Jefferson Way The Memorial Union was designed by Lee Thomas, a 1907 Oregon Agricultural College graduate, and is considered one of the finest examples of neoclassic architecture in Oregon. It was dedicated in 1929 to those who served in World War I, then rededicated in 2009 to all members of the armed forces. More than 120 flags representing every country and Native American nation that has ever sent a student to the university proudly hang in the concourse. 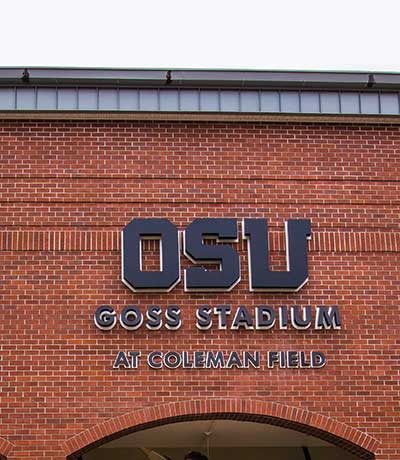 Completed in 1907 as a women’s dormitory, it was named for Clara Humason Waldo, the first woman to serve on the Board of Regents.

Named for James H. Batcheller, head of the School of Mines from 1919 to 1942, the building is used today by the College of Engineering.

Built in 1922 as the Commerce Building, it was named for John A. Bexell, founder and head of the School of Commerce from 1908 to 1931. The building was home to the College of Business until 2014 and is now used by the College of Liberal Arts.

The first building constructed on the Corvallis campus, Community Hall (formerly Benton Hall) has served a variety of purposes, from bookstore to paleontology lab.

Built in 1892 as a dormitory for men, the building now houses a student art gallery and programs for the College of Liberal Arts. It is named for John Leo Fairbanks, who headed the art and architecture program from 1923 to 1946.

The Station Building, known today as the Women’s Center, was built in 1892 for the Agricultural Experiment Station.

Built in 1902, the building housed agriculture and science programs before becoming Education Hall in 1940. The building was extensively renovated in 2012 and renamed for 1965 education alumna Joyce Collin Furman.

Originally named Mechanical Hall, this cornerstone of Engineering Row was renamed Kearney Hall after a 2009 renovation that entirely rebuilt the interior while retaining its historic stone façade.

Built in 1915 as the Men’s Gymnasium, the building was named in the early 1970s for Claire V. Langton, head of health and physical education from 1928 to 1964. Out in front is The Runner, a 1920 bronze sculpture that was one of the first pieces of artwork on campus. 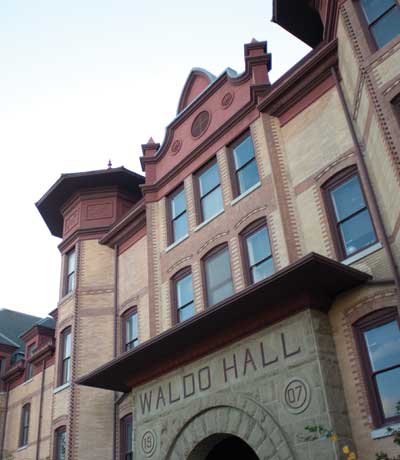 Oregon State has played baseball on the same site since 1907. The stadium is now the oldest continuous ballpark in the nation.

Named for Ava Milam, dean of home economics from 1917 to 1950, the building today houses programs for the College of Liberal Arts and the College of Public Health and Human Sciences.

Built in 1917 as the Forestry Building, it now houses the School of Writing, Literature and Film. It was named for W. W. Moreland, a faculty member in the 1800s who is credited with urging the state legislature to designate the campus as the state’s land grant institution under the Morrill Act.

Built in 1924 exclusively for the College of Pharmacy, its second floor once included a model drug store.

Constructed in 1908 as the YMCA/YWCA, it was not an official campus building until 1940. It has housed the Department of Speech Communication ever since.

Built in 1898, the building has served as the college armory, a gym, rehearsal hall, museum and theater. Since 1992, the gymnastics team has used the building as a practice facility.

This campus icon was completed in just six months in 1928. It served as a residence hall for more than 60 years, before being closed in 1994. Later, after a $20 million renovation, Weatherford reopened in 2004 as a unique living-learning center for the Austin Entrepreneurship Program in the College of Business.

This Italian Renaissance-style building is considered one of the grandest structures on campus. Built in 1926, it is now home for the College of Public Health and Human Sciences.